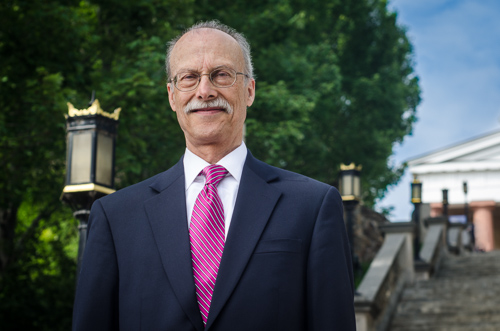 John has been a trial lawyer since 1978, when he began his career as a prosecutor in the Lynchburg Commonwealth’s Attorney’s Office. When he left that office in 1980 to enter private practice, he had attained the rank of Deputy Commonwealth’s Attorney and gained extensive jury trial experience. Since entering private practice, he has extensive experience representing plaintiffs and defendants in the Federal and State courts of Virginia, as well as in appellate courts.

John’s media law practice includes the representation of newspapers, radio stations, and television stations. He assists clients with Freedom of Information Act issues, subpoenas to reporters, and defamation claims. He also represents television stations seeking to obtain access into courtrooms for their video cameras and audio recording equipment. His representation of the Virginia Association of Broadcasters for many years has involved court appearances in many courts throughout Virginia, including trial and appellate courts.