Effective July 1, 2011, the maximum amount for which a party may bring a claim in the General District Court (GDC) is increased from $15,000 to $25,000. (Va. Code §16.1‐77.) This will provide a faster and more inexpensive way for parties to litigate disputes within that threshold.

A contested matter in the Circuit Court can take anywhere from nine months to several years, subject to the completion of depositions, document inspections, court‐ordered settlement meetings and other matters. In GDC, disputes are typically heard by a judge within 90 days of filing, after minimal exchange of information between the parties. The cost savings can be significant over a Circuit Court action. Accordingly, the increased threshold for claims brought in the GDC will make obtaining a judicial decision easier, faster and less expensive. As with all other GDC cases, however, a disappointed party in GDC can appeal the decision to the Circuit Court.

In a recent decision, the Virginia Supreme Court addressed the construction indemnity statute (Va. Code §11‐4.1) in a manner that surprised many in the construction law community. Uniwest Construction v. Amtech Elevator Services, Inc., 280 Va. 428, 699 S.E.2d 223 (September 16, 2010). As you may be aware, Va. Code §11‐4.1 essentially prohibits clauses in construction contracts that require a contractor to indemnify another party for that party’s own negligence. In the Uniwest case, the general contractor (Uniwest) entered a contract with an elevator subcontractor (Amtech) to install the elevator system on the project. During construction, two Amtech employees were involved in a scaffolding collapse that killed one employee and critically injured the other employee. In sorting out the liability of the general contractor and subcontractor for the injuries, the court looked at the subcontract which required the subcontractor to indemnify the general contractor “whether or not such claims are based on the negligence of [the general contractor].” The Court determined that the provision violated the indemnity statute and was therefore void, and further stated that the statute prohibits indemnity if the indemnitee is at fault, to any degree.

Until July 1, 2011, second tier subcontractors and suppliers on a state or local public project subject to the Virginia Public Procurement Act (VPPA) were required to provide written notice to the general contractor of a payment bond claim within 180 days from the day on which the claimant last performed work or furnished materials. This 180‐day notice period conflicted with the standard AIA payment bond form, which requires claimants to provide notice within 90 days of their last work. Regarding that conflict, Virginia courts ruled that regardless of the 90 day notice period in an AIA bond on a VPPA public project, the claimant had the full 180 days to provide notice of a claim on a bond subject to the VPPA. As many of you noted over the years, parties were often confused about what notice period applied to asserting VPPA payment bond claims.

The revised code eliminates this confusion by reducing the period from 180 days to 90 days for second tier claimants to provide written notice of claims against VPPA bonds (Va. Code §2.2‐ 4341(b)). Potential claimants against VPPA bonds need to be aware that they will be required to provide written notice of claims far earlier than under the prior statute, or risk losing their bond rights on public projects.

In another change to the Virginia Public Procurement Act (VPPA) bond provisions effective July 1, 2011, the General Assembly increased the contract value minimum threshold from $100,000 to $500,000 for public construction contracts that require bid, performance and payment bonds (HB 1951, amending Va. Code §§2.2‐4336 & 2.2‐4337). We highlight this modification to make our clients aware of the modified landscape when bidding on or accepting work on VPPA contracts.

The increase to $500,000 as the minimum nontransportation‐related contract automatically requiring a bid bond may be welcome news to some prime contractors working on VPPA projects. 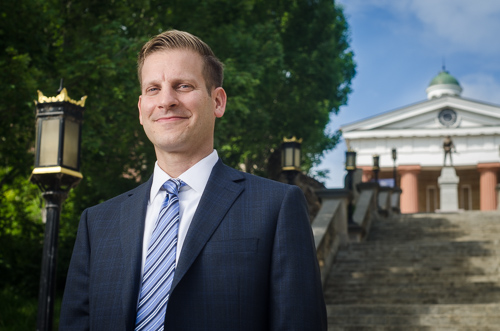